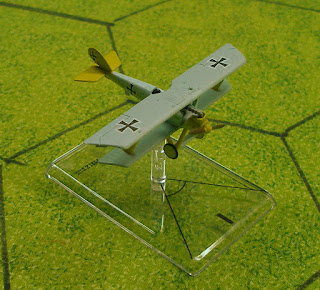 We fought three different WW1 engagements.  I flew all three in a Pfalz D3 of the Imperial German Flying Service as Rittmeister von Habenbier. 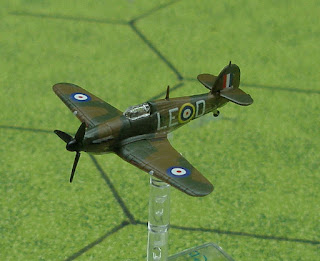 After lunch we tried Ed's WW2 Wings of War rules.  They were an entirely different beast, with higher speeds and better maneuverability.  We kept zooming by each other so fast we couldn't draw a bead on our target most of the time.  In this engagement I flew and RAF Hurricane I as Flight Leftenant Campbell.

Reports with plenty of pictures will be posted on the new Jackson Gamers web site tomorrow.  Jackson Gamers
Posted by ColCampbell50 at 8:58 PM 1 comment: