This game was a short raid featuring a lance of the Taurian Guards taking on two 'Mechs of the 1st Argyle Lancers supported by the local militia of the planet Hyalite.


The forces and commanders of this mission for the Federated Suns are:
On the Taurian Concordat side:
The battle began on the open field of Hyalite with the Taurian Guards, haven broken up into two groups, first detected the garrison forces.  Both sides advanced into battle quickly. 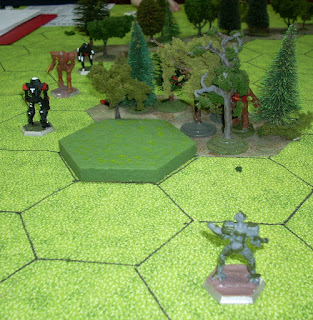 The Taurians quickly learned that, even though their 'Mechs were heavier, they stood no chance against the fully upgraded might of the Federated Suns.  Things decidedly took a turn for the worse when the Taurians Star League-era Excalibur was destroyed when a lucky punch to the Center Torso (rear) ignited the AMS ammo stored there, destroying the Fusion Engine. 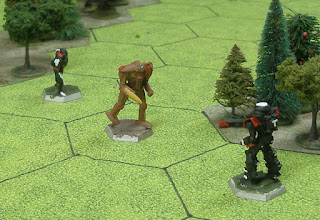 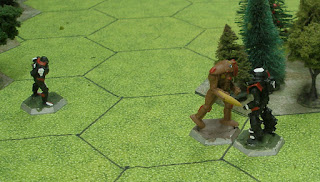 Then their commander was killed when his Cyclops was destroyed by fire. 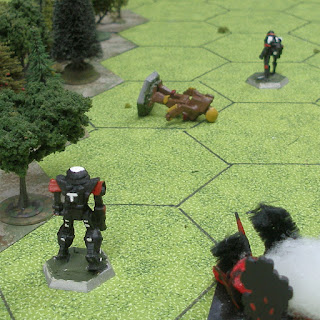 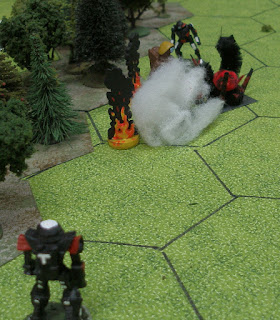 After a few turns of fire, stripping most of the armor from the milita 'Mechs, the remaining two attackers signal their intent to leave the field, retreating back to their dropship and leaving the planet.