The Lion and the Gazelle

On Saturday, October 15, the Jackson Gamers assisted in play testing Col Campbell's game for the upcoming Colonial Barracks All-The Sword and the Flame Convention in New Orleans  (link).  We had done a similar scenario several years ago.

The scenario pitted a small British led column of askari escorting a tax collector to a village to collect the back taxes.  But the village chieftain didn't want to give up his wealth to the lazy white men.  So he asked for assistant from a neighboring chief, who sent a force of warriors to help the village.  To make matters even more complicated, a Zanzabari slaver raid was heading to the village and a "great white hunter" led party was in the area looking for game trophies.

We used The Sword in Africa variant that is published as part of the 20th Anniversary edition of The Sword and the Flame.  All the figures and terrain are owned by Col Campbell.  Pictures were taken by Col Campbell and "Electric" Ed. 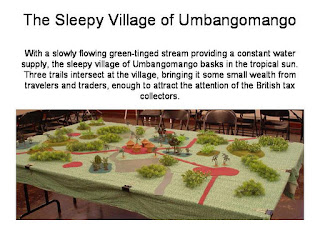 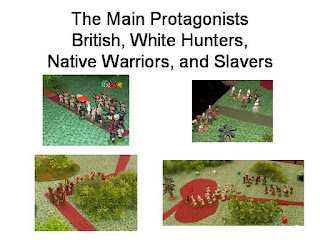 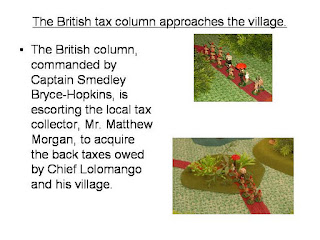 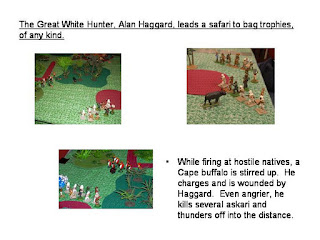 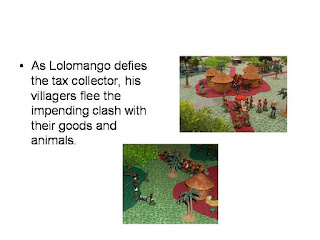 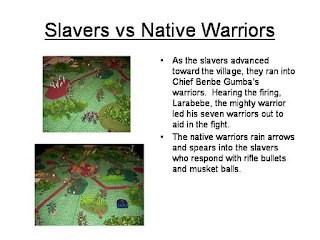 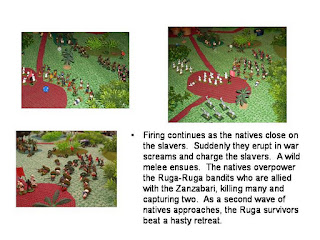 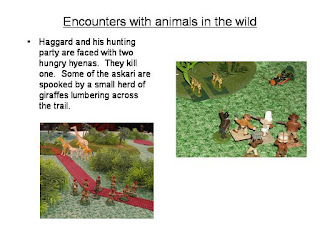 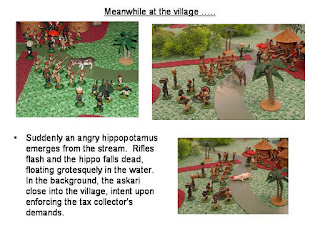 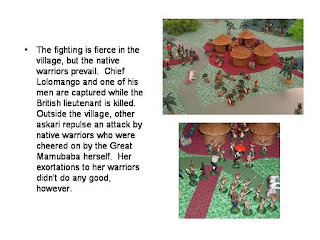 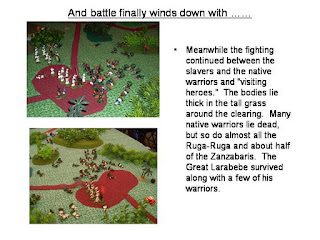 As a play test, the game went well.  I learned that there were several things that needed work and those fixes have been accomplished.  There will be more animal groups available to bewilder and bedazzle the players.  Victory points have been established for loot, captives, and trophies.
This game will be presented at the Colonial Barracks convention on Saturday November 5 at 9:00 am.  I'll have room for up to 8 players -- one British, one White hunter, three native warriors, one Zanzabari, one Ruga-Ruga, and the villagers and their "Seven Warrior" protectors.  And I might even be able to squeeze in a ninth player to control all the animals - elephants, giraffe, rhinoceroses, hippopotamuses, Cape buffalo, zebras, crocodiles, hyenas, lions (but no tigers or bears, oh my!), gnus, and wildebeasts.
Posted by ColCampbell50 at 3:20 PM 1 comment: